All bids are silent in an eerily empty auction house

A visit to an Adelaide auction house reveals restaurants and cafes aren’t the only businesses dusting off their ‘Open’ signs, and adjusting to this slightly less shut-in moment.

The rap of a gavel echoes out across an empty warehouse, accompanied by the rhythmic patter of an auctioneer’s voice: “going once, going twice, sold“. The auctioneers stare down the barrel of a laptop webcam, surrounded by piles of Persian rugs, sports memorabilia, old petrol station signage and a nightmare of mannequins.

This room is usually buzzing on a Monday morning, but things are a little different on this, the first auction day since houses like Scammells Auctions were allowed to reopen in South Australia.

“I’ve been doing this for 32 years now, I’m used to having a crowd of people,” managing director Jason Harris tells The Adelaide Review. “That background noise, the murmur and ferocity of people bidding – so it’s a fair change for us.

“On auction days and inspection days it’s very much a social thing,” he explains. “People come down for the entire day – it’s a social day out, they bring their lunch, thermos of coffee. On a Saturday morning, at the peak, we’d have a couple of hundred people in here, but with the four-square-metre rule there’s no way we could do that now.”

The string of escalating government directives and cascading enforced closures eventually caught up with Scammells on 26 March, forcing the business to close in the same wave that shuttered galleries, museums, libraries and barre classes.

While Prime Minister Scott Morrison and the national cabinet invited their share of confusion and ambiguity during this period – remember the haircut thing? – there was surprising clarity when it came to the pretty niche world of auction houses.

“The auction rooms fly under the radar for all sorts of things – it’s such a small industry,” he says. “So to hear Scott Morrison call out ‘auction rooms’… it was a surprise. We were nominated as a ‘defined premises’ so we had to shut the doors. We couldn’t run without having people turn up to pick up or deliver – running the online stuff is reasonably easier, but not having people walk in to pick their items up, with 1000 lots, it’s too hard to manage.”

In some ways Scammells was better prepared for a zero contact, socially distanced world than many; the adoption of an app-based online bidding system two years ago gave them a valuable head start, with 85 per cent of its bidding already moving online. So when the ban on auction houses was rescinded in in mid-May, Harris and his team were able to dust off and get back to work without too much disruption – even if it’s eerily quiet without that 15 per cent of bid-yelling, paddle-waving human contact. “There are some silver linings – we get to do a lot of other work at the moment while we haven’t got customers in,” he says. “There might be a few teething problems getting people online, but one thing COVID has done is force people who didn’t want to get online, get online. A lot of people who didn’t want to convert for whatever reason have had to find a way, otherwise they’re horribly isolated.

“I’ve got some customers that don’t have a phone, don’t have the internet, don’t even have a Gmail account. They’re a minority, but there are still people out there.”

And despite a relatively smooth shift to the internet, there’s still a level of face-to-face contact that’s hard to avoid. “We were always very open doors, we’re now having to limit that,” he says. “We rely on people being able to walk in with a box of sterling silver to sell, but we’ll work around that.

Throughout our conversation Harris displays a wry self-awareness that, in the scheme of a global, economy-shaking pandemic, the core trade of the auction house – rehoming expensive antiques, mountains of furniture and weird, obscure ephemera – is not exactly an essential service nor a particularly emotive hard luck story.

“What we sell is luxury items – no one needs this stuff, really,” he shrugs. “You’re buying it because you want that old meat safe – it’s pink, and it’s lovely, and you’re not going to get it at IKEA or the shop down the road,” he says. “No one actually needs this. But for collectors, it’s in their blood and once they start, they can’t get rid of it.”

So, for the time being, he can live with a deserted auction room.

“But I still miss it,” he says. “I miss not having customers here; you get to interact with them, you hear them in the background, it’s a very dynamic place on auction day. The auctioneer’s up there, the sound system’s on. Now, it’s a bit sanitised.”

Auctioneer Tobias Crilly offers a similar sentiment when I tune into the online video feed of one of his auctions.

“Hopefully we can be back in the same room soon,” he says into the camera. “This is… not as fun.” 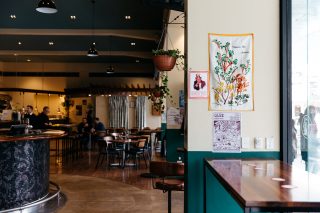