It is a time of unrest in Scotland, and a brave General named Macbeth has sworn fealty to his King. A coven of witches prophesize that there will be a new King of Scotland, and Macbeth’s ambitious wife plots to hasten their destiny. Having killed King Duncan and ascended to the throne, the pair are increasingly consumed by paranoia and guilt, as a treacherous spiral of deceit and death reaches its inevitable conclusion.

A rare chance to hear one of Verdi’s early scores in a powerful new production, laden with blood and thunder. Sung by a magnificent Australian cast including James Clayton and Kate Ladner. 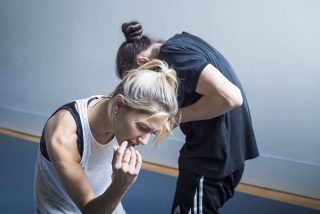 Copacabana & All That Samba - Juliana Areias and Marvio Ciribelli Band