South Australia has recorded its first confirmed COVID-19 cases since May as the state government presses forward with stage three of easing restrictions. But, with all three patients recently arriving in the state, the risk of community transmission remains low.

After over a month with zero active COVID-19 cases, South Australia’s total tally has been brought up to 443 this week with the news that two adult women and a child under 10 have all tested positive upon their return to Adelaide on a repatriation flight from Mumbai. Like other recently-returned passengers on overseas repatriation flights, all three were in quarantine since their arrival where they will remain until given the all-clear.

Such an uptick has been expected by health authorities with the arrival of a handful of international repat flights and the early relaxation of border restrictions with select states and territories ahead of 20 July, as the state government moves to suppression footing rather than aiming for the complete elimination of the virus in South Australia.

The more encouraging statistic is the continued lack of cases in the community, even after several weeks of gradually relaxed restrictions that have seen people return to pubs, restaurants and other public spaces previously affected by COVID-19 restrictions. It’s also now been well over a month since 6,000 people gathered for the Black Lives Matter rally on 6 June, with no cases recorded in the community since.

That process of relaxation is set to ramp up even further from today, as the third stage of the government’s post-COVID ‘roadmap’ sets in. Most notably, this new phase will mean the end of the one-person-per-four-square-metres golden rule, which will be relaxed to two square metres per person for operating venues, or a 50 per cent total capacity – potentially clearing the way for a variety of live venues to reopen their doors. SA Health continues to recommend we observe a safe 1.5 metre distance for the time being.

As part of stage three, from today (29 June) food courts can reopen for seated dining, all types of sport are allowed (with spectators), and night clubs, spas and saunas, amusement parks, indoor trampolining venues and play centres can all reopen subject to the two-metre rule.

Salad bars and buffets are still restricted, but communal showers are back in (with a curious lack of detail on whether the two-metre rule applies – perhaps some things don’t need to be said).  Shisha bars can reopen, but for the moment Shisha itself remains off the table – quite literally.

On the hospitality front, there are a range of newly finessed rules around drinking. Drinking at the bar, drinking while standing up and drinking while playing pool or darts are good to go, while drinking on a dancefloor is back on the cards provided venues have a government-approved COVID plan in place.

In addition to the 1.5 metre rule, the usual regime of good hygiene and staying home if unwell remains in place. Anyone feeling a “fever or chills (in the absence of an alternative illness that explains these symptoms)”, an “acute respiratory infection e.g. symptoms of cough, sore throat, runny nose or shortness of breath” or “loss of smell or alteration in the sense of taste” should seek testing. 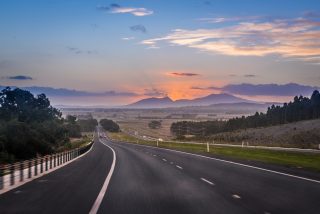 As of Monday 29 June there have been a total of 443 confirmed cases of COVID-19 in South Australia, with three active cases in the state. Of that tally, 436 people have officially been cleared of the virus, with over 149,000 tests undertaken. Readers are advised to consult SA Health’s website for the latest information.

This article has been updated