There’s a saying in the CFS, oft-repeated these days, that there are no denialists on the end of a fire hose. But we don’t talk much about the climate emergency in my brigade.

I joined the CFS in 2012, when I relocated to SA from Alice Springs. I was already writing Dyschronia, a book about the effects of climate catastrophe on a fictional small community. I was trying to understand what it’s doing to us, to our imaginative capabilities; my head was full of anxiety about the future. I joined the CFS because I wanted to do something practical. I wanted to be active in and useful to my community. I felt a moral duty: I can help, I thought, and therefore I’m obliged to.

I’ve been watching the start of this fire season with mixed emotions. It’s frustrating not to be there lending a hand, but it’s also a relief to be a long way away from the conditions in NSW and QLD, which are frankly terrifying.

I’m watching from Italy, where my partner has a job for a couple of years. Up north, where we are, there’s been disastrous flooding. Venice is underwater, and climate strike protesters are taking to the streets. But it’s making the news here, the fact that Australia is burning.

This summer’s fire danger is unprecedented. In mid-November, temperatures began to soar: record-breaking heat, again. Over 100 schools closed in SA as seven regions were given catastrophic ratings by the Bureau of Meteorology.

We all know fire seasons are getting longer and more severe. Neil Bibby, former chief executive of Victoria’s CFA, told media recently: “It has been the last couple of years where we have been realising things have started to change and this is the new future … It will only get worse.” Bibby was one of a panel of 23 experts and former fire chiefs that have tried all year to get a meeting with the PM. Former NSW RFS chief Greg Mullins told the ABC: “he [Scott Morrison]’s just fobbed us off. What does it take to wake these people up in Canberra?”

I wish I knew.

We don’t talk much about the climate emergency in my brigade, but it’s there with us. As the summer begins, you’re aware of the country’s dryness, the fuel load, the coming wind. Many of the people in my brigade are farmers or work on the vines, and know exactly what the country’s doing. Adaptation has already become part of our daily lives.

In the truck, on the fire ground, we have to put the big picture out of our minds and get on with the job. We keep our politics out of it. Later, we might joke around, find ways to relieve the stress. But when politicians argue that this is not the time to talk about climate change, I’m not laughing – I’m furious.

If not now, when? How many times do the experts have to tell them the facts before they take it seriously?

Being a firefighter is mostly not exciting. There are many boring meetings and a lot of training. On the fire ground, that training falls into place and you get used to playing your part, humbly, working as a team. You learn pretty quickly that bullshit heroics do not help. We are stronger when we all do our bit. The fact that responsibility is shared, that we can break it down into many parts, with each person playing a role – this makes it easier to act.

We’re always improving our response times and our processes. Equipment is upgraded, systems are refined. Warnings and alerts are getting more effective. Education and fire prevention helps, as more people become conscious of the risks. You learn to trust the experts.

I wish that I could see the trajectory of the CFS only in this light, as a consistently improving organisation with ever better response capability. Instead I sometimes feel like we’re in an arms race against escalating danger, against catastrophic weather, as the climate emergency makes its presence felt.

As I write, Sydney and surrounds are blanketed in hazardous air from the NSW fires. My social media streams are full of red suns hovering in brown skies. We’re all aware of the slow damage we do to our lungs in the CFS, and we know we’re supposed to wear the P2 masks we keep in the truck. But there’s no way to avoid breathing some of it in. The same goes for the PFAS in firefighting foam, a known carcinogen. The best we can do as individuals is mitigate the risk, trust the science, and look out for each other.

In early December, a small group of firefighters, members of the United Firefighters Union, were protesting on the lawns of Parliament House in Canberra. “Quite frankly we’re sick of our message being ignored,” vice-president Mick Tisbury told media, criticising Scott Morrison for claiming to support firefighters while “bringing lumps of coal into parliament and denying climate change.”

Politicians are always ready to rely on and even celebrate the work of firefighters in an emergency. They’re happy to be photographed alongside volunteers, but when we start asking questions, they’d rather we tune into the cricket.

The line Morrison and colleagues are running, that we can’t prevent specific fires, is extremely misleading. The point is that we can stop making them worse.

Firefighters don’t talk much about the climate emergency, but that’s changing. We’re starting to ask questions. We’re asking why our government’s making excuses, not listening to the experts, why they’re willing to risk the lives of thousands of volunteers across Australia. We’re asking why they’re not just failing to help, but apparently dedicated to making things worse. We’re wondering if maybe our lives don’t matter as much to them as their seats.

Regional Australia is resilient. We’ll get on with the task at hand. But I wish we didn’t need so much of this resilience. I wish more people in power would have the courage to step up and do their part.

Political indifference in the face of this existential threat is nothing short of irresponsible. Actively supporting the fossil fuel industry is increasing the severity of fires and the risk to life. Australia’s a rich nation, the world’s biggest exporter of coal. We have a moral duty: we can help, and therefore we’re obliged to.

This article reflects the author’s personal views and not that of SACFS.

Jennifer Mills is an Australian writer whose novel Dyschronia was shortlisted for the 2019 Miles Franklin Award. As climate strikers fill Adelaide’s CBD, won’t somebody think of the children? 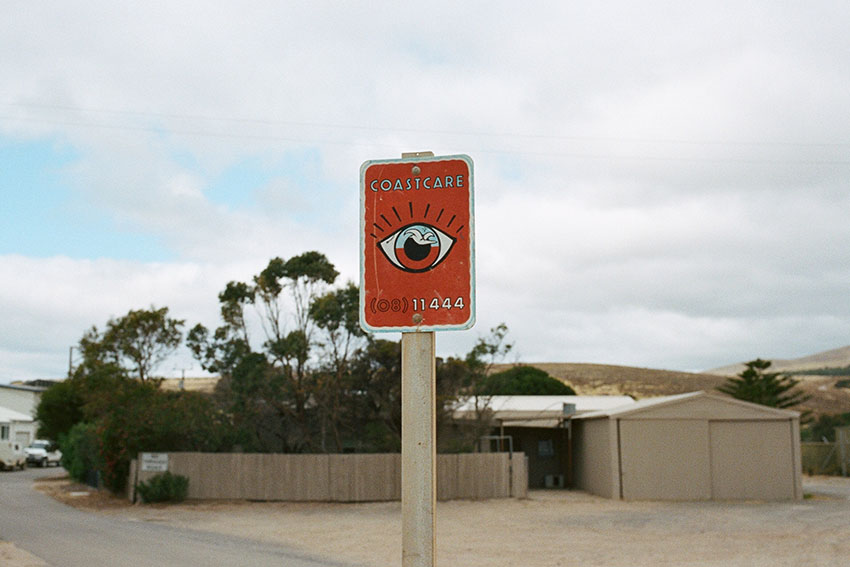