Kay (Emily Mortimer flattening her London accent) and her adult daughter Sam (Bella Heathcote) are introduced hurrying to the home of Kay’s elderly mother Edna in the woods, with both quietly worrying about what they might find there. Neighbours haven’t seen Edna in a while, and when the women arrive at the isolated (of course) place they find the house empty, fortified and full of mould, and many post-it notes that suggest Edna’s mind has been seriously wandering. And, perhaps, something darker.

Staying for a time at the place, which allows us to see the edgy dynamic between them, Kay and Sam are then startled by the reappearance of the apparently unharmed Edna (the great Robyn Nevin), who won’t say where she’s been. Edna wants her daughter and granddaughter gone and resents their presence in the house, and James keeps us unsure if what grandma is exhibiting are signs of dementia or something more eerily uncanny.

Secrets are half-revealed, there are flashes of some terrible event that happened on the property years ago, Edna grows angrier and more unpredictable, and we can’t help but eventually feel that this filmmaker has been too vague for too long. However, the final act offers a fine sense of claustrophobia and psychological rot, along with a memorable, if somewhat bewildering, fadeout.

Despite some script issues, this benefits hugely from the performances, with Mortimer (a name internationally from her work in Europe and America) and the Melbourne-born Heathcote bringing much depth to poor Kay and Sam. And Nevin, a major name in the 1970s Aussie cinema renaissance, is somehow frail yet formidable as Edna, who frequently looks enraged, terrified and baffled all at once.

And who’d believe Melbourne could be so scary? Oh wait, hang on… 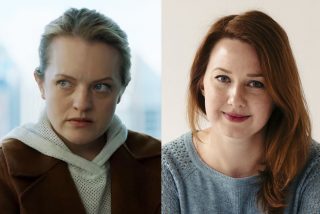