Kevin Parker’s world-conquering psych-rock project will return to Adelaide in 2020 in support of new album The Slow Rush.

From playing in a dust-swept Monarto paddock for Live at the Zoo to headlining Coachella, Kevin Parker had a remarkable decade. In February Parker will make a start on the 2020s with the release of The Slow Rush, his fourth album as Tame Impala and the long-awaited follow-up to 2015’s chart-topping Currents, a widely celebrated record that spawned Rihanna covers, Lady Gaga collaborations and that toplining spot at Coachella.

To mark this auspicious occasion Parker will be getting the band back together for a lap around Australia in the band’s first headlining tour of the country since 2015. With previously-released tracks like Borderline and Patience signalling Parker’s continued evolution from the riff-heavy noodling of his early work to an ambitious dance-pop sheen, it should be quite the party.

Parker has also revealed he will be donating $300 000 to bushfire relief efforts as part of the tour. Parker has felt the results of increasingly dangerous fire seasons around the world firsthand, having lost a variety of musical instruments and recording equipment when California’s 2018 wildfires engulfed the house he was staying at. Parker managed to evacuate the residence with a single bass guitar and a laptop filled with unfinished sessions for what would be come The Slow Rush. 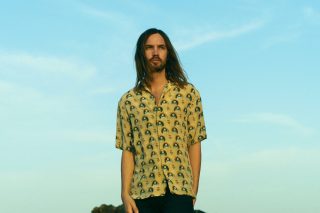