Everyone loves a good dog. But a new South Australian Museum exhibition looks beneath the fur to share some complicated insights into how humanity has shaped the very bodies of our “best friend” to suit our needs.

“We really don’t do a lot of traditional taxidermy here anymore – we’ve pretty much got what we need,” explains Rowan Moore, 3D design officer at the South Australian Museum. “Unless it’s something out of the ordinary, like the Leopard Seal at Victor Harbor last year or the flamingos from the Adelaide Zoo, but other than that we do a lot more moulding and casting of reptiles and fish. We really like to not kill anything new if we don’t have to!”

Although the humble canine is perhaps less exotic than the kind of fauna usually found behind glass in a museum, Moore and Museum taxidermist Jo Bain have spent close to a year preparing several dozen specimens for the exhibition from the chihuahua to the rottweiler.

“We all know what dogs look like on the outside, but here we’re actually having a look under the hood, as it were, and getting to see how large a range of sizes and shapes and shapes and all the different forms and adaptations that we’ve essentially forced on them – good or bad,” Moore explains.

“They’re the same species, but if you found both bones in a fossil record next to each other there’s no way you’d say they were the same species. So we’re showing people just how much diversity we’ve bred into dogs in, realistically, the last 150 years.”

While dogs were once bred for practical considerations, such as their ability to hunt, smell or haul, their relatively modern role as pure companions has given rise to many species whose Instagram-friendly appearance obscures physiologies that often don’t quite make sense.

“The French Bulldog is really quite full-on – there’s essentially no snout at all,” Moore says. “And a lot of dogs you might breed to be smaller, but the teeth don’t necessarily get smaller or disappear, they just kind of get crammed into that shortened snout. And tongues don’t get smaller, so French Bulldogs for instance really can’t fit their tongue in their mouth. You don’t notice that so much when they’ve got their fur on – because they are quite cute.”

The articulated skeletons on display are the culmination of months of work by Moore and Bain, who worked with a local vet to source subjects that are then skinned, macerated over two months and finally cleaned, bleached and put back together. It’s a confronting process even for someone like Moore, who despite being an animal lover confesses to being “not a huge dog person”.

The process also reveals some afflictions that can only be observed by going very close to the bone. “The thing that caught me the most is the amount of arthritis that a lot of these dogs have,” he says. “A lot of them are of course older because they died natural deaths, but compared to what humans put up with, it’s just an incredible. We’ve seen footage of some of the dogs running around even just a week before they died.” For Moore, whose role at the Museum is funded by a private donation set to conclude in the new year, these insights drive home the importance of this kind of work. “A lot of this stuff, you can’t really see on scans or through a normal post-mortem.

“It’s showing how we’ve interreacted with dogs and helped them become our best friend, from early domestication and how that occurred, through to the diverse range we’ve got now. You also find out that there are certain dog breeds that have died out because of modernisation – there used to be a breed of dogs that turned the meat on a spit. Once that got mechanised, no one needed them anymore, so they don’t exist!”

All of which goes to show that while dogs may be man’s best friend, perhaps we haven’t always been theirs. 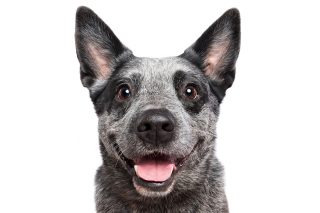 Dogs: A story of our best friend