The state government’s Music Development Office has outlined a series of restructured grants aimed at supporting the state’s contemporary music scene amidst the disruption of COVID-19. Meanwhile, the federal government has outlined a new $27 million package overnight.

Announced yesterday, the MDO’s current round of Contemporary Music Grants will be rejigged to eliminate the previous categories of touring, recording, and festivals or events given the obvious barriers to at least two of those outcomes for the foreseeable future.

Instead, the funding will be split into three new streams. Creative Development Support Grants will help artists and producers develop new original music or content between 15 May and 20 September, with grants capped at $50000. Music Business Project Support Grants carry a limit of $20000, and can be accessed by self-managed artists, managers, promoters or venues.

The final category, Music Industry Initiatives Support Grants, will aim to encourage “innovative approaches, initiatives and activities” to stimulate the music scene while COVID-19 restrictions are in effect. Applications for each stream are now open, and will close on Friday 17 April with successful applicants to be informed by the end of the month.

Additionally, the state government today has announced a series of $10000 ’emergency cash grants’ for small businesses and not-for-profits affected by the crisis. Businesses with a payroll of less than $1.5 million will be eligible for the scheme, including many sports and community organisations, the hospitality sector and arts-related businesses. The estimated $190 million pool will come out of the state government’s previously announced $650 million jobs package.

The news follows the state government’s broader suite of ‘quick response’ grants for the arts sector which opened earlier this month, the first two rounds of which attracted a staggering 714 applications.

While the federal government has so far rejected industry-wide calls for a significant and targeted stimulus package for the arts sector, Minister for Communications, Cyber Safety and the Arts Paul Fletcher this morning announced a $27 million arts package with a particular view to supporting regional First Nations artists and communities whose art centres have been affected by the COVID-19 pandemic.

The package will also allocate $10 million towards music scene charity Support Act.  But, with website I Lost My Gig currently logging a tally of $330 million in lost income from the performing arts industry, and Live Performance Australia calling for $850 million in stimulus, such a sum amounts to a drop in the ocean.

While the federal government has consistently pointed towards its broader JobKeeper and JobSeeker grants as evidence of its support for the sector, government MPs last night defeated a Labor amendment to include measures aimed at supporting the many casual or gig-by-gig arts workers who won’t be able to access either scheme.

In such a context this latest burst of funding, however welcome, is unlikely to satisfy calls from a sector disproportionately rocked by COVID-19 and its subsequent restrictions. 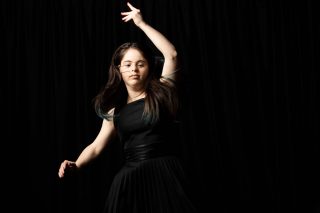