Dark Emu author Bruce Pascoe has cancelled his upcoming appearance at Adelaide Writers’ Week 2020 in order to return to his home in bushfire-affected East Gippsland.

One of the first names to be confirmed for this year’s program, the celebrated author of Dark Emu was due to make two appearances at the festival next month to discuss his recent anthology Salt and last year’s Young Dark Emu. This week Pascoe’s publisher Magabala Books confirmed his exit from both Adelaide dates and a Perth Festival event in February, citing a need to head back to his home outside Mallacoota, New South Wales, an area that continues to be badly affected by bushfires.

Pascoe briefly left New South Wales – where he had been working as a CFA volunteer – to meet festival commitments in Sydney and Tasmania, but has decided to return home for the time being to assess the damage done to his property and work with his community on the recovery effort. “It’s all fire,’’ Pascoe told The Age, “we are only now able to take stock of what we have lost and how to fix it.”

“It has been a sobering and unsettling start to the year and we know Bruce has been at the heart of the fire crisis.  He has our admiration and support and we hope he can join us in Adelaide in 2021.”

Pascoe has recently been the target of a contentious campaign by critics including Herald Sun columnist Andrew Bolt to question Pascoe’s Aboriginal heritage, culminating in the referral of a complaint by Josephine Cashman to the Australian Federal Police. While the AFP declined to investigate, Cashman and Bolt have faced fresh scrutiny over Bolt’s 26 January publication of a letter criticising Pascoe, that purported to be written by senior Yolngu leader Terry Yumbulul. Yumbulul has since gone on the record stating that he was not, in fact, the author of the letter.

Adelaide Writers’ Week will announce a replacement for Pascoe shortly. 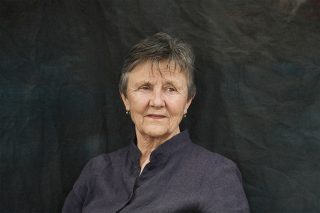