With its 2020 festival an early cultural casualty of COVID-19 restrictions, Sydney Writers’ Festival has embarked upon a new podcast series reviving a small but potent snapshot of its cancelled program.

Sydney Writers’ Festival had barely announced its 2020 program when the onset of COVID-19 closures and public gathering restrictions forced it to pull the pin. Since then, we’ve seen arts festivals and organisations around the country grapple with COVID-19 and long-term factors that have compounded its impact. Just this week, the festival’s venue Carriageworks entered voluntary administration, while Australia’s literary community has also had to navigate delayed and disrupted publication schedules, and the defunding of many prominent literary journals in the latest Australia Council four-year funding cycle.

Despite the tumult, artistic director Michaela McGuire has unveiled a series of digital talks featuring many authors slated to appear at the cancelled festival. With the full program to be spread across the next eight months, the first six podcasts released on Friday feature 2020 Stella Prize-winning author Jess Hill, actor and memoirist Miranda Tapsell, Gomeroi poet Alison Whittaker, The Dutch House author Ann Patchett and Fathoms: The world in the whale author Rebecca Giggs, along with a panel discussion from contributors to anthology Sweatshop Women.

“In the weeks since we had to cancel the 2020 Festival, we’ve been working hard to ensure that this year’s program has a new story. We’ve already recorded a first release of six conversations that were scheduled to take place on our Festival stages, and over the coming months we’ll be publishing a couple of new podcasts each week, bringing the writing, ideas and debates from the 2020 program to audiences around Australia and the world,” McGuire said of the program.

The festival has also released a recording of its recent live-streamed conversation between Annabel Crabb and former Prime Minister Malcolm Turnbull as the pair discuss his recent memoir A Bigger Picture from their respective spare rooms.

All of which is rather convenient if, like us, you would probably have missed the festival in the first place. 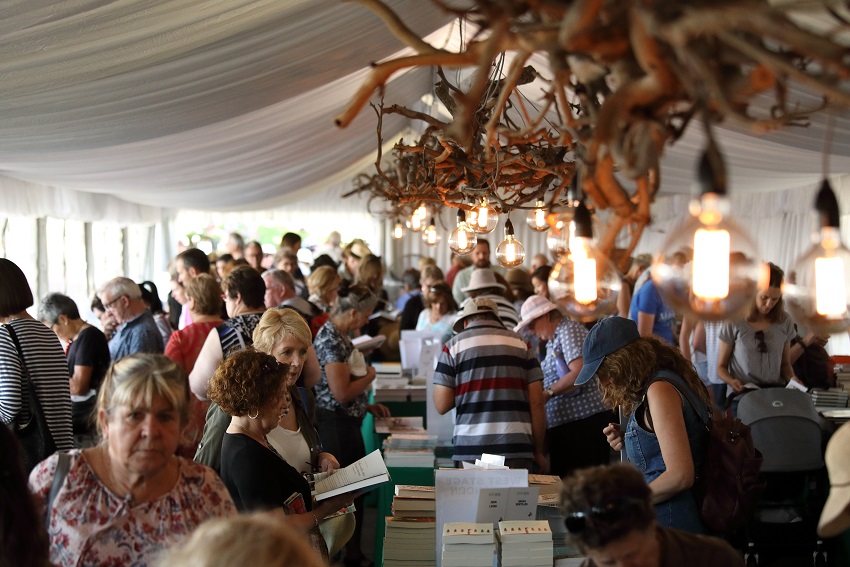