American folk duo The Milk Carton Kids will find themselves heading to South Australia for the first time as part of the 2020 Adelaide Guitar Festival.

After an off-year program led by progressive bluegrass troupe The Punch Brothers, the Adelaide Guitar Festival returns its gaze to the American folk scene with Kenneth Pattengale and Joey Ryan – better known as The Milk Carton Kids. Picking up the baton from the aforementioned Punch Brothers – whose leader Chris Thile regularly collaborates with Ryan on popular podcast Live From Here – the duo will showcase their finely tuned vocal harmonies and acoustic guitar interplay with a one-off Festival Theatre show on Friday 7 August, joined by US/Canadian songwriter Vera Sola.

Also announced this week is a collaboration between singer/songwriter Lior, Adelaide Guitar Festival artistic director Slava Grigoryan and his brother Leonard, the Adelaide Symphony Orchestra and composer Nigel Westlake. The Saturday 8 August concert, dubbed Leaving The Western Shadows, will be a reprisal of sorts of Lior and Westlake’s 2014 Festival Theatre performance. This time, audiences will see Westlake conduct a program that encompasses his soundtrack to the 1991 IMAX feature Antarctica alongside selections from Lior’s back catalogue. 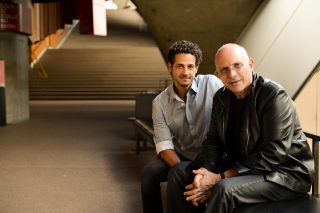 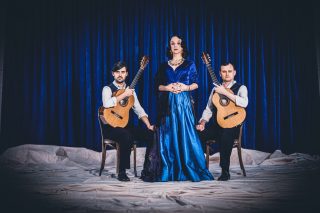