Singer songwriter Matt Corby has been a late addition to the 2020 WOMADelaide lineup after yesterday’s unexpected withdrawal of the festival’s closing headliner Ziggy Marley.

Today festival organisers have confirmed they have tapped Corby to sub in for Marley in the festival-closing Monday night slot on the central Foundation Stage. 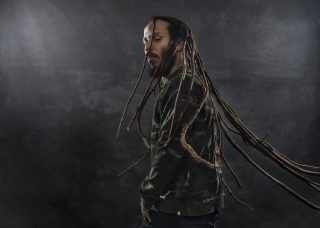 Ziggy Marley pulls out of WOMADelaide 2020

Corby has enjoyed an eclectic music career over the years, becoming one of the first artists to make the successful transition from Australian Idol contestant to Triple J-feted singer-songwriter.

After flirting with folk and psychedelic rock, the release of his second album Rainbow Valley has seen Corby settle into a comfortable groove of sultry, falsetto-driven pop rock.

Notably, Corby’s regular keyboard player on his last few tours is Adelaide-based songwriter Bree Tranter (The Middle East). While lacking the international appeal of Marley, as far as late-in-the-game replacements go Corby should prove a crowdpleasing hail Mary for the festival.