The giddying bliss of Mahler's Fifth

A journey through darkness and death to a triumph of the soul awaits Festival-goers in Mahler’s Fifth – with a familiar face at the helm of the ASO.

You know there is something truly apocalyptic about Mahler’s Symphony No. 5 when a deeply menacing funeral march starts up in the trumpets in the darkest key of C sharp minor. When he launched this work on an unsuspecting Vienna in 1904, audiences were at a loss to explain it, perhaps the more so because after this foreboding opening movement comes a second of even greater intensity and escalating fury – the direction is Stürmisch bewegt. Mit größter Vehemenz, that is ‘stormily, with utmost vehemence’.

It really does seem to be that in the Fifth, Mahler is prophesying the end of the world. And in a way he was. This was fin-de-siècle Vienna, a city that was a hotbed of rebellious artists and intellectuals, many of them Jewish. Gustav Klimt, Egon Schiele and Oskar Kokoschka scandalised gallery-goers with their decadent, hyper-sexualised artwork, and writers like Hugo von Hofmannsthal gathered in coffeehouses to hatch their anxiety-fed, apocalyptic visions of the future.

Rubbing shoulders with these figures was Mahler. An outcast in Vienna due to his Moravian background but used to outraging audiences with his enormous symphonies, he had an instinct for the subversive and once declared, “Everything I write is too strange and new for the listeners, who cannot find a bridge to me.”

But in approaching a work as complex as the Fifth Symphony, there are no easy answers. Its opening Trauermarsch commemorates no fallen figure and defies any other obvious literal interpretation.

Instead, it takes a conductor to see the big picture. Nicholas Carter, who conducts the Adelaide Symphony Orchestra in Mahler’s Fifth for the Adelaide Festival, says the work expresses universals but stems from the composer’s personal experiences of how death surrounded him starting in his childhood. Eight of his 11 siblings died at an early age, and as an adult Mahler would suffer great grief at the loss of his first-born daughter, Maria, to scarlet fever at age four.

“Death always followed Mahler, which gave him such a fatalistic world view,” says Carter. “He had siblings die, his own children die, so despite his innate drive to create, to compose, his mind was seemingly always menaced by the pall of death. Interestingly with the fifth, it’s the first of his symphonies since the first not to have any human voices. No text. This lends the work an extra layer of abstractness. ‘Meaning’ is of course obfuscated. So in a seemingly successful and relatively happy time in his life, where he’d recently taken over the reins at the Vienna Staatsoper, what drove him to write a symphony which opens with this almighty and cathartic existential scream? Despite the best efforts of so many, this remains a largely unanswerable question.”

Carter insists that Mahler’s death fixation, as exhibited in many of his works and particularly in the Fifth Symphony’s Trauermarsch, should not blinker our view of the entirety of vision. Later movements in this work take us to very different places.

“Of course he takes us on a remarkable journey from this incredibly dark place through the heady opulence of Fin-de-siècle Vienna, namely the dizzying Scherzo, via the tender Adagietto – surely a most poignant love letter to Alma, his soon-to-be wife – all the way to a life-affirming Finale, a homage to Bach replete with glorious polyphony and radiant chorales,” he explains.

“So, no doubt inspired by those magnificent examples of ‘darkness to light’ symphonies by Beethoven, namely the Fifth and Ninth, Mahler’s Fifth similarly guides us through moments of trauma to moments of giddying bliss and transcendent beauty ultimately to see the soul triumph over all of life’s perils.”

Carter suggests that journey, that struggle going from despair to redemption, is key to fully understanding the Fifth. The work is not all about gloom and terror as expressed in its first two movements. Finally, it is about ecstatic joy when, in a mighty show of exuberant contrapuntal splendour, its rondo fifth movement sweeps all those former sentiments aside. Fundamentally he believes this symphony projects overpowering optimism.

This will be the first time Carter has conducted the Fifth. To date, he has done the First, Fourth, and the composer’s later song cycle Das Lied von der Erde. “But my first foray into this symphony,” he notes. “What’s it like to conduct? Ask me in a few weeks!”

It happens that just 10 minutes away where he lives in Klagenfurt, southern Austria, exists the hut in which Mahler actually composed his Fifth Symphony. A tiny stucco-walled structure tucked away in the nearby woods, it contains various mementos from the composer’s life including autographed scores, photographs and letters. What inspiration to carry with him back to Adelaide when he conducts this work here.

Busier than ever, Carter has done a lot since he last appeared with the ASO in July 2019. He made his debut at the Vienna Staatsoper over New Year with four performances of Johann Strauss’s Die Fledermaus. This was, he recounts, “an amazing experience to have conducted that magical orchestra, the Vienna Philharmonic. It’s a theatre that breathes tradition. To work with such an orchestra with such an unbroken connection to so many of the great masters, not least Mahler, is something to certainly cherish.”

Carter has also directed many other productions in Klagenfurt, including Wagner’s Tannhäuser, Verdi’s Simon Boccanegra and Massenet’s Cendrillon, as well as a full plate of orchestral concerts with the Kärntner Sinfonieorchester.

His Adelaide Festival program will feature the much acclaimed violin concerto Concentric Paths by Thomas Adès. He may not be well known in this country, but Adès is one of the most performed contemporary classical composers in his native UK and Europe and this is a work Carter says he has loved for years.

“I had the great pleasure of working with Thomas Adès about 10 years ago when I was the assistant conductor of the Sydney Symphony. He came to conduct his Asyla, and I worked closely with him on the preparation. I’ve been fascinated by his music for such a long time. The Violin Concerto is a piece of only 20 minutes, but possessing such spine-tingling iridescence. As the title suggests, the music takes us on journeys of sometimes conflicting trajectories, with violin and orchestra at times at odds, at times in perfect consort with each other.”

Concentric Paths was especially written for Anthony Marwood, and it is a major coup that he will be joining Carter for this ASO performance.

“Anthony is indeed one of the finest musicians of the generation and someone so bound to this piece,” Carter adds with characteristic modesty “I’m looking forward to studying the piece with him and taking my understanding of it to a completely different level.”

Update (14 March, 11am): The Adelaide Symphony Orchestra has now cancelled its Adelaide Festival Mahler 5 / Adès program on 14 and 15 March, while also foreshadowing its upcoming performance with Ben Folds will also be cancelled. “The well-being of ASO musicians, staff and audiences is our highest priority, and we continue to work with our presenting and venue partners to ensure the health and safety of the wider ASO community,” ASO management said in a statement. 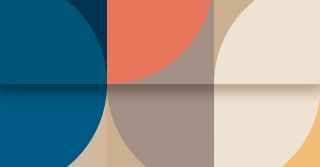