The Sea Thieves batten down the hatches with new album Disquiet

With the live music venue he runs becalmed by COVID-19, it’s been a strange month for The Jade’s Zac Coligan. But there’s one silver lining to emerge from this unexpected downtime: the surprise release of a new album from his longtime musical project The Sea Thieves.

“It’s been pretty stressful to be honest,” Coligan says of restrictions that have hit the music community hard. “I guess our biggest concern at the moment is commercial rent – that’s the big one. And we’re waiting to see what our good friends the government can help us out with, considering we can’t use our venue.”

For the rest of us, at least, there are few better soundtracks for this present spell of chaos and uncertainty than the The Sea Thieves. Between two albums recorded in the old 1870s biscuit factory on Twin Street that housed the original Jade Monkey, Coligan, his wife Naomi and later a broad crew of collaborators have crafted a quietly sublime body of work marked by whispered vocals and acoustic guitars, embellished by layers of singing saw, creaky old string samples and vintage instruments.

Following the demolition of the old Jade and the opening of the current incarnation on Flinders Street, Coligan spent five years piecing together the third Sea Thieves album, Disquiet. “The funny thing is, I’ve been tweaking and messing around with this album and it’s just been a matter of time,” he says. “I recorded a lot of it in Kyneton in rural Victoria with my mate Jed Palmer, and I was in the process of rehearsing with the live band before society collapsed. I just thought, you know what, it might just be the time to do it.”

To that end Coligan has brought forward Disquiet’s release, to be marked with a performance to a near-empty Jade band room livestreamed by the newly-minted Sunny Side Uploads. While it isn’t quite the launch party he had planned, it is somewhat fitting for a body of songs that often started with Coligan sitting in front of an instrument somewhere in the Jade building.

“It’s a nice way to represent the way the songs started in a way,” he says. “Sun and Moon, for instance is an acoustic number.”

While quiet torch songs like Sun and Moon or What It’s Like To Fall Asleep wouldn’t sound out of place on 2007’s Hiding In The Shade or 2011’s They Will Run, tracks like the strident opener The Science of Men, or Given To Rage exhibit a newfound clarity, and almost anthemic quality. But, there are still plenty of unusual sounds and spaces woven into the album – as Coligan says, “it’s all in the same universe”.

“There’s a pinball machine in there – the clickety clack,” he says of album opener The Science of Men. “When we originally tracked the piano – which isn’t even on the final version – we did it at The Jade in the room with the pinball machine. We did some tracking in the big space of the new Jade, but most of it was recorded in smaller areas – much of Centrifuge was tracked upstairs at The Jade, so that’s got a different flavour to it.

“But over the years Jed has bought, sold and used a whole lot of really interesting vintage synths – some crazy pieces of equipment – that have come and gone and created a lot of beautiful soundscapes that ended up on the record. Just messing around with a thousand  knobs and creaky old equipment, and seeing what stands out.”

While the current COVID-19 crisis has thrown Coligan’s business into disarray, it also comes just months after he saw his parents lose their Adelaide Hills home in the December bushfires. “Seeing devastating bushfires happen on the news is one thing, but to actually experience it firsthand was surreal to say the least,” he reflects. “To go up there the day after it happened and see the fires still smouldering – you could have cooked a barbecue on what was still burning up there.

“But it renews your faith in humankind – the amount of people who got in touch and offered their assistance for me and my folks was incredible. And it’s still going on for my mum and dad, they’ve settled in another place, but the other day my mum said she needed a pastry brush and couldn’t find it… and was reminded again that she lost everything she owned.”

Despite being largely completely some months ago, it turns out the album is a pretty good fit for the present climate. “It’s a lot of bigger picture stuff; family, death, love and all that fun stuff,” he says.

“You’ve got to let things go to move forward I guess,” he explains of title track The Science of Men. “And it’s really apt with all this stuff at the moment; just getting through things, and realising you’ve just got to batten down the hatches, and look forward.” 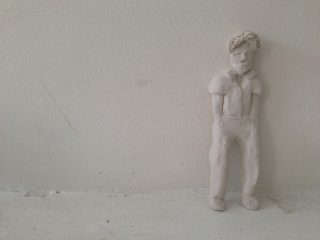