In a move that has increasingly seemed inevitable, galleries and museums around the country are the latest public spaces to be formally shuttered in the latest round of COVID-19 restrictions announced last night.

In another press conference late on Wednesday night, Prime Minister Scott Morrison outlined a suite of new restrictions further targeting public gatherings, just days after all pubs, clubs and restaurants were told to shut their doors.

“We’re trying to limit the gathering of people in large numbers that can relate to the transmitting of the virus through those social interactions which are not considered necessary,” Morrison said.

“Galleries, museums, national institutions, historic sites, libraries, community centres, youth centres, local government, non-essential facilities, libraries and swimming pools, community facilities such as community halls, clubs, RSLs, PCYCs, I mean, many of those are already included in what I announced on Sunday night and of course places of worship.”

“Our thoughts are with all those affected, directly or indirectly, by the COVID-19 outbreak,” AGSA director Rhana Devenport said in a statement. “In these times of uncertainty, art can play a pivotal and positive role and a source of solace. Now more than ever, we invite our audiences to stay connected to art, through our enhanced online presence and through our social media channels. We can’t wait to welcome you back to the Gallery.”

“The South Australian Museum aims to inspire in all people wonder and curiosity about life on Earth, and when we’re able to open again we’ll be here for you,” South Australian Museum director Brian Oldman said. “In the interim there are many ways to stay connected with the Museum. I encourage you to visit our website and follow our social media for updates.”

“Now, there are some also very important further rules that we want people to follow,” Morrison also told the public. “And that is to stay at home unless it’s absolutely necessary that you go out. Going out for the basics, going out for exercise, perhaps with your partner or family members, provided it’s a small group. That’s fine, but going outside and going out and participating more broadly in the community, unless you’re shopping for basics or there are medical needs or you’re providing care or support to another individual in another place, going to work and where you cannot work from home. So that is encouraged, strongly encouraged, to work from home where you can do that.”

This latest round of measures also place stringent limits on gatherings such as weddings and funerals, with weddings limited to five attendees – celebrant, couple, and witnesses – and funerals to ten. House parties, barbecues and “extended family coming together to celebrate one-year-old birthday parties” are also off limits.

However, Morrison also reiterated that the federal government’s stance on school closures remains unchanged. That seeming discrepancy between the heightened rhetoric around most other public activities, and the daily mass gathering of close-quartered children and teachers, is unlikely to dampen the concerns of many parents, teachers and observers.

While the tenor of Morrison’s latest pronouncement speaks to the serious nature of Australia’s COVID-19 situation, it’s hard not to trace a correlation between the government’s continuing mixed messages and muddy rhetoric, and the failure by many Australians to heed or comprehend the message. While Morrison can continue to castigate the public for not listening, the fact that these serious updates continue to be rolled out late at night, well after the evening news cycle has concluded, speaks to some serious flaws in the government’s messaging – even in these extraordinary and ever-changing circumstances.

There is clearly some tension between the decisions of the national COVID-19 cabinet and the state government leaders that comprise it, as states each take their own aggressive individual measures, such as shutting borders and in some cases schools, while Morrison seems to be intent on a more cautious approach.

But the result is a daily pendulum of new measures incrementally ramping up those announced one or two days earlier (often served with a sober warning to stay calm and avoid jumping the gun). This jittering pace leaves both the government, and the public, in a constant state of catch-up, uncertainty and confusion. None of which seem to be particularly helpful in the current climate.

Perhaps, like Sam Neill and the music of Split Enz, Australia should consider claiming the simple-and-direct messaging of our Kiwi neighbours as its as its own:

As of Tuesday 25 March, there have been 170 confirmed cases of COVID-19 in South Australia. Readers are advised to consult SA Health’s website for the latest information. 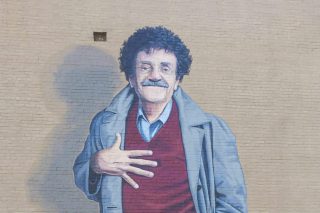