Building on the former Royal Croquet Club’s first season under artistic director David Sefton, which included the likes of Pussy Riot, Yothu Yindi and Beach House, the RCC will return to the University of Adelaide campus in 2020 with an eclectic lineup toplined by Laurie Anderson’s All The Things I Lost In The Flood, the return of cult French-English outfit Stereolab, NYC no wave innovator Lydia Lynch, Australian jazz improvisors The Necks and a performance of Steve Reich’s Music For 18 Musicians.

Having announced an open-ended hiatus back in 2009, Stereolab reconvened in February of this year with a series of live shows to complement an expansive reissue of their back catalogue. With their 2020 Australian tour leaving out Adelaide when it was initially announced back in October, the group have tacked a visit to North Terrace onto their first trip to our shores in well over a decade.

A legend of American avant garde, Anderson’s many visits to Adelaide over four decades are routinely a highight of any festival program she appears in. Anderson’s last visit in 2018 saw her pack the University of Adelaide’s Elder Hall for a fascinating evening of discussion and performance. While that conversation saw her discuss how 2012’s Hurricane Sandy flooded her basement creative space and destroyed decades of work, next year audiences will be able to experience Anderson’s full response to it and the other concurrent losses in All The Things I Lost In The Flood.

US composer Steve Reich’s seminal 1970s work Music For 18 Musicians will be performed in South Australia for the first time as part of the program, while San Francisco psychedelia outfit will return to Adelaide to perform inside The Lightship, a disco-inspired “perception-shifting light box”.

Truckload of Sky will pay tribute to the late David McComb, with a a lineup including ex-Triffids Graham Lee and Rob McComb, Clare Moore (Moodists, Dave Graney & The Coral Snakes), Alex Gow (Oh Mercy) and Angie Hart (Frente) performing a series of songs left unreleased at the time of The Triffids frontman’s death in 1999.

While the Maths Lawns outdoor concert series is yet to be fully revealed, early names include Yolŋu rap sensation Baker Boy, fresh from performing at the opening night party of Tarnanthi 2019.

Other highlights include a screening of the Coen Brothers’ dark classic No Country For Old Men, scored live by Tropical F***storm. A chaotic offshoot of The Drones, the show is sure to be a tad louder than your average on-campus film screening. The buzzing power chords and infectious energy of Japan’s punk scene will be celebrated across two nights featuring regular Adelaide visitors Guitar Wolf, The Jet Boys and more. 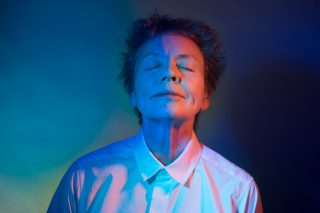 POSTPONED
Laurie Anderson:
All The Things I Lost In The Flood 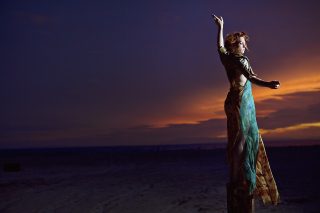 Amanda Palmer:
There Will Be No Intermission