“I’ve been a theatre nerd all my life, so the State Theatre Company has always been very much on my radar,” Butel tells The Adelaide Review. “It was a kind of hotbed of experimentation of radicalisation; really progressive, but a real mix of high art and low brow. As a teenager it was like, ‘what’s going on in Adelaide?!’”

“It’s a real crucible of artistic activity,” Butel says of his new home. “I think audiences here are very brave here, they’re fed on festivals and work from companies like Vitalstatistix and Red Shed. People are up for provocation, and I find that really exciting. Next year I want to push the envelope a bit further.”

It begins in February with an Adelaide Festival season of Dance Nation, a “ferocious” work by US playwright Clare Barron. Barron’s boisterously satirical play follows a team of 13-year-old dancers played by an adult cast that includes Strictly Ballroom star Tara Morice, Louisa Mignone (The Club), Amber McMahon (Girl Asleep, North By North West) and Butel himself in a supporting role. “It’s kind of a statement of intent that show, because it’s incredibly provocative, but funny and dazzling and form-breaking,” Butel says. “Not by design, but the season has ended up featuring a lot of discussion about female power, so I think it’s great that our first show is an exemplar of that.”

Power and gender are also examined in Ella Hickson’s The Writer in August, which sees Emily Barclay (Please Like Me, Glitch) portray a young playwright navigating the tensions and power hierarchies at play between herself and an older male director. It’s a timely choice, particularly in the wake of certain prominent defamation cases that have left an indelible, but oft-unspoken tension in the Australian arts world.

Contemporary conversations around gendered abuse and psychological manipulation will also be explored through a period prism when Adelaide director Catherine Fitzgerald’s take on Gaslight in September. While retaining the Victorian-era setting of Patrick Hamilton’s original 1938 play, the production leans into the work’s renewed relevance after ‘gaslighting’ became an important part of the language surrounding the #MeToo movement.

“Gaslight’s an interesting one; with Geordie there’s been a lot of radicalised classics in the last few years,” Butel says. “Which appeals to me too, but I thought it might be good to swing away from that for a moment, still do a show that’s a known quantity because of the Ingrid Bergman film, but flip it in a way that speaks to why it’s such a key term in the post #MeToo world. People will still get full frock value out of it, but it will challenge them in hopefully a new way.

“There’s a great speech in Gaslight, from an inspector who arrives to uncover this dastardly plan of the gaslighting husband,” Butel explains. “The husband asks who he is, and the inspector says, ‘I am a voice from the future, I’m here to avenge what you’ve done’. It’s quite spooky – there’s a notion of it being a voice from the future… coming to whip your arse.”

Being artistic director of a major arts company is its own kind of power, and Butel isn’t afraid to interrogate that influence, nor the intersecting layers of privilege he brings to the role. In April, the ABC published a long form study of the shifting gender balance across Australian theatre by Adelaide-based critic Jane Howard. While noting many improvements in representation over the past decade, the Walkley-winning story concluded with the observation that all but one of Australia’s major theatre companies are currently directed by men – with Butel’s appointment just months earlier forming the uncomfortable punchline.

After three decades in Australian theatre, it’s a point that Butel is sympathetic to. “Anyone in an artistic director position is in a position of extraordinary power, because you get to choose,” he says. “But you must be beholden to the notion that this is not about your ‘dream list’, it’s about engaging with the sector more broadly and with the audience.

“As an artistic director, I’m all about equal access. I want people from every corner of our community to be creating work for South Australians to enjoy. I believe everyone has a place on our stages and I believe it’s my job to facilitate that.”

The 2020 program certainly speaks to that mission, with six of the eight plays directed by women, and four written or co-written by women. That includes Euphoria, a new work from South Australian playwright Emily Steel (19 Weeks, Rabbit), and a restaging of Wesley Enoch and Deborah Mailman’s The 7 Stages of Grieving, directed by Shari Sebbens and starring Elaine Crombie. There are also works that seek to invite new audiences to the State Theatre, such as Michelle Law’s Single Asian Female, which was a hit for Belvoir during Butel’s time as a board member.

“Not only did people adore the show, but the nature of the audience was very different too which was wonderful,” he says. “So I’m hopeful that with a huge Asian population in Adelaide that we can draw some of that audience as well, who I think will have a wonderful time. And I love the play, it’s got a real larrikin energy but an incredibly good heart, and it’s so funny as well.”

Law’s uproarious, karaoke-inclusive comedy also resonates with another goal of Butel’s: making sure people have a memorable time at the theatre. “The bottom line for me is I want to make works that entertain people and provoke and challenge them,” he says. “There’s that great quote that theatre is to ‘disturb the comfortable and comfort the disturbed’, and that’s something that’s often in the back of my mind.

“But the other quote is from my dad, who was a milkman and contract cleaner but is the most astute theatre critic I know. He always says the first criterion of any show is, ‘is it entertaining?’ It can be provocative, it can be challenging it can be depressing – but it needs to be entertaining.”

A key indicator of both, of course, is an audience buzzing with discussion and excitement from the moment the curtain falls – something Butel anticipates the 2020 season will have in abundance.

“I don’t think any of the shows this year will bring mild discussion, discussions will be lively. I want a loud foyer.” 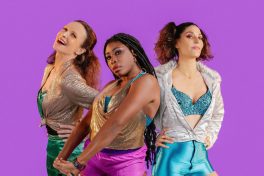 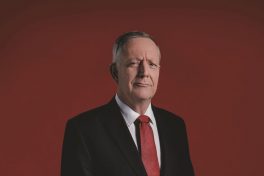 CANCELLED
The Gospel According To Paul 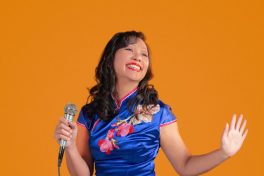 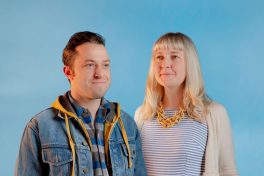 CANCELLED
The 7 Stages Of Grieving 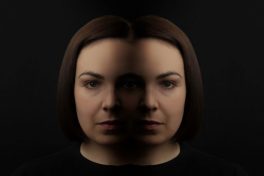 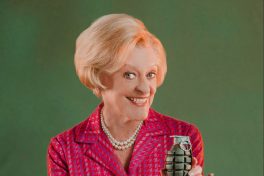