Rumpus Theatre looks ahead with a 2020 season championing local work

After a month that has seen vastly more cancellations than announcements, artist-run theatre collective Rumpus has unveiled a 2020 season that will bring queer teen romance, pet autonomy and karaoke to its Bowden performance space.

“It was a real baptism by fire,” co-founder Nescha Jelk says of Rumpus’ inaugural 2019 season. “We got the keys to the space in July and then had the first show in August, so it was really fast. We were really proud of all the shows in the season, and we were just excited for the community to have that space, and be able to support our peers and co-workers in making their work and having our own work made.”

It’s a reflection of that season’s success that Rumpus’ programming panel, of which Jelk is a member, received almost twice as many expressions of interest for 2020. “They were all from professional, local artists, which goes to show there are so many artists in Adelaide really seeking out more opportunities here.”

The final season bears a correspondingly stronger South Australian focus, with a series of plays from young and emerging local creatives. “We’re really excited about this season because it’s all new, local work. Last year was really great in that it was quite diverse, and The Wolves [by US playwright Clare Barron] was really successful, but this year is all either brand new writing, or local playwrights. We’re proud that we’re championing local work; that’s been part of our philosophy from day one, but this season really achieves that even moreso than last year.”

Kicking off the season in June will be Chameleon by Adelaide performer Britt Plummer, who won an Adelaide Fringe Emerging Artist award for an earlier iteration of the Hew Parham-directed show in 2019. After a year that has seen Plummer take Chameleon to Perth and Edinburgh Fringes, the onetime solo show will return to Adelaide transformed (chameleonlike, perhaps?) into a bigger ensemble work.

September will bring a double bill of single act plays in Peter Beaglehole’s Strata, and Piri Eddy’s Forgiveness, which won the 2020 Jill Blewett Playwright’s Award at this Year’s Adelaide Festival Literature Awards. “They’re both two local, award-winning plays back to back with a really strong local cast,” Jelk says. “The plays both speak to each other about our relationship to landscape, and redemption.”

Butterfly Kicks, a new play from emerging local playwright Jamila Main and directed by Teddy Dunn, will premiere at Rumpus in October with a young cast that includes Maiah Stewardson (Girl Asleep, The View From The Bridge) and Shabana Azeez (The Wolves).“It’s a story about queer self-discovery, and a teenage rom com with a very broad appeal. It’s had some readings here and interstate which have all been very successful, so we’re excited premiere it here.”

Adelaide-Sydney duo Ladylike Theatre Collective will pick up on complementary themes of sexuality and womanhood with their new play How To Kill Your Hamster, which riffs on rape culture, bodily autonomy and Sex and the City from the vantage point of a Thebarton sharehouse, its residents and their pets. “This play sounds really hilarious, every act is a different house party,” Jelk explains.

“I really love this idea of exploring body autonomy through the lens of pet ownership, and looking at these housemates exploring their own sexuality alongside their relationships with their pets, and their pets’ own autonomy. We think it’s going to be quite a fun show, and very much in the ‘Rumpus world’.”

Ezra Juanta’s (Rumpelstiltskin) Blood, Sweat & Karaoke will round out the main program, with a story that explores the sense of cultural dislocation felt by its first generation Filipino Australian protagonist, directed by Tim Overton (The 39 Steps) with design by Jonathan Oxlade. “[Juanta] has had this project brewing for a long time,” Jelk says. “It’s almost like a cabaret, with all the karaoke.”

While announcing a season of new theatre at a time when most programs are being cancelled en masse is stressful, Jelk (who was set to direct a now-cancelled production of Emily Steel’s Euphoria for the State Theatre Company in May) says the Rumpus community is trying to take the current arts crisis in its stride.

With many of its members and performers at the stage in their career where periodic gigs with the major companies are still supplemented with stints in retail or hospitality, they’re precisely the kind of performers that are ‘falling through the cracks’ of current support measures.

“I think there’s been a bit of a grieving for everyone in the arts community about shows that have been cancelled and tours,” Jelk says. “But I think there’s some comfort that we’re all in the same situation – that sounds horrible, but it’s not just happening to me, so it’s okay.

“We’ve had this season planned for quite a while now, but we knew we wanted to launch it after the Fringe and Festival season, so the timing was interesting in how it all panned out,” she says of the COVID-19 crisis. “Obviously if July comes out and things don’t change, we won’t try and cram 50 people into a space when it’s not safe to do so.”

And, at the very least, they’ve built a strong community to help weather the current upheaval – with a crowdfunding campaign already well underway to help underwrite some of the season’s costs.

“[Since 2019] we’ve really focussed on getting a membership of artists who are all committed to chipping in and helping out – we’ve got a real taskforce now. It’s quite exciting, everyone in our community has different responsibilities this season – it’s not just a handful of people running it by the skin of their teeth.” 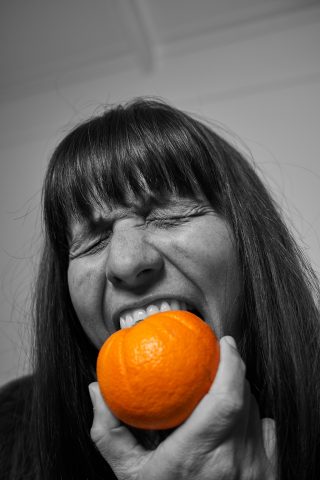