“It’s an interesting concept, not inhabiting the same space as the dancers,” Stewart tells The Adelaide Review. “But we’re finding ways to be creative together thanks to technology.”

Like the rest of the performing arts world, COVID-19 social distancing measures have thrown many of Australian Dance Theatre’s 2020 plans to the wind and made the practice of their art form an increasingly untenable risk. In light of this upheaval, Stewart and ADT this week launch ADAPT, a three-month long digital season that will feature a different past work streamed fortnightly.

“It’s a trip down memory lane for sure,” he says of the program, which will also feature interviews with dancers and artists who worked on each project. “It’s going to be great connecting with dancers and artists that we’ve worked with in the past, a great opportunity for audiences who have already seen these works to revisit them, and also to gather a new audience at this time as well.

“The first work is The Beginning of Nature, which we premiered just 18 months ago,” he says. “It responds to, and references, rhythms in natures; the circadian cycles, the seasons, flocking, herding and swarming in nature.

It’s a show the company was due to be performing overseas this month. “We were meant to be getting on a plane and setting off to Europe this week for a six week tour of Switzerland and Germany. Our first port of call was going to be Venice – clearly that’s not happening.

ADAPT will also include 2002’s The Age of Unbeauty, another key early work that reflected on perhaps the last great epoch-defining moment for global culture and politics. “The Age of Unbeauty is an other work that toured widely, it’s a work I made after September 11 and reflects on man’s inhumanity to man, and the choreography is at times quite forceful and brutal, but also speaks of the need for human connection – for passion and vulnerability.”

To conclude, Stewart and co will revisit the very start of his tenure at ADT. “The season ends with Birdbrain which is the first work I made for the company. It was performed over 200 times around Australia and the world, and it’s quite a wry, ironic postmodern take on Swan Lake, and it really defined my style for some time in terms of the physical vocabulary.”

Beyond this online program, ADT is looking ahead to revisit some of the projects temporarily derailed by COVID-19, beginning with a work originally planned for late March.

“It was the first thing to be scotched, a piece called Colony that I’d been commissioned to create for the company in response to the Adelaide Biennial theme ‘Monster Theatres’. We had a showing literally for a handful of people for the gallery and the Premier, and then we documented that – I’ll redevelop that probably later in the year.

“We’re using the word ‘postpone’ rather than ‘cancelled’ with everything; the specific dates are cancelled but we’re just postponing it to next year.”

In the face of such setbacks Stewart says the company’s work continues apace as he “lurch[es] from one Zoom meeting to another”. But despite the obvious limitations that physical distancing can place on a dance company’s output, Stewart is all too aware of the risks posed by carrying on.

“Even if we were rehearsing as a company without audiences… someone sent me a link to an article about how the Bolshoi Theatre did a performance in an empty theatre that was livestreamed. But it’s an enormous company with about 100 dancers, then there’s all the technicians and backstage people… and 34 members of the company wound up with COVID-19 at the end of that performance. So there’s good reason for keeping our distance.

“We had a photoshoot that involved just two dancers and a photographer, and I cancelled that because I thought, I don’t even want to encourage the dancers to move through the community to commute from point A to B, and then be in a photographic studio with a photographer with another dancer.”

And while the company, its audience, and the dance world as a whole finds itself in an unexpected holding pattern, the opportunity to look back on the last two decades isn’t entirely unwelcome.

“The filming of these works, it’s normally for archiving purposes but also to on-sell the work once you’ve premiered it. But they’re all shot very well, and they do deserve another viewing. So it’s interesting at this point where I’ve been with the company for 20 years, to take stock and have a kind of survey of the canon of works over my time as director of the company.” 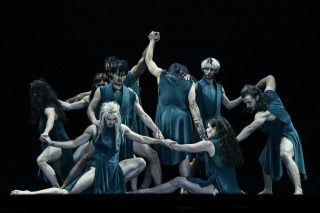 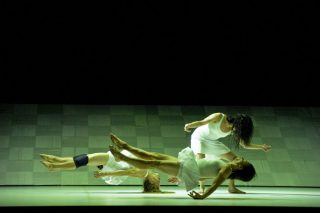 Australian Dance Theatre:
Be Your Self 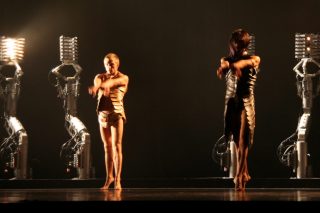 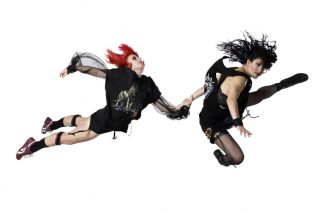 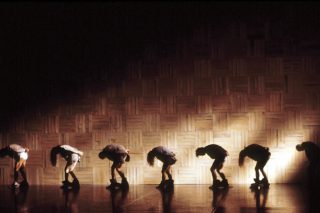 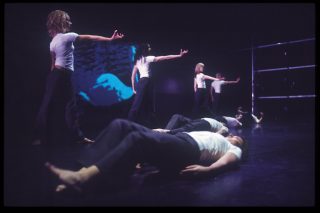