ICAC reveals a post-MeToo harassment scandal made in Adelaide

The 12-page statement, which the Hon Bruce Lander QC published yesterday in lieu of his full 170-page report to preserve the complainants’ anonymity, lays out the timeline for the events under investigation. It shows that after being accused of harassing two university employees, then-Vice Chancellor and President Peter Rathjen AO lied to then-Chancellor the Hon Kevin Scarce about historic allegations of sexual harassment while working at the University of Melbourne, and a further inappropriate sexual relationship while at Adelaide.

The chain of events began at a University function on 11 April 2019, in which Rathjen “engaged in conduct that was entirely inappropriate” towards two women employed by the University. At a series of locations Rathjen repeatedly “hugged and deliberately touched [the first woman’s] bottom”, and kissed her on the mouth on two occasions. He also hugged the second “and in doing so deliberately placed on hand on [the second woman’s] waist at the top of her bottom”, and later [placed both of his hands around her waist”.

One year later, the fallout from this event would see both Rathjen and Scarce step away from their positions, seemingly out of the blue, in May of this year.

After the first woman raised a complaint through the University’s HR department, Rathjen confirmed the claims to Scarce, who gave the Vice Chancellor a formal warning. This remained secret, however; the complainant was not informed of the warning, while the University Council and Senior Executive Review Committee (SERC) were kept in the dark based on external legal advice received by the Chancellor and HR executive.

However, the July 2019 publication of an online blog alleging a wider history of sexual harassment prompted Scarce to write again to the Vice Chancellor on 5 August to address those claims, asking if there was anything Rathjen ought to disclose to his employer.

According to Lander, Rathjen responded on 19 August to the effect of “there was nothing that Scarce needed to know”. But a fortnight earlier, just after the Chancellor’s query, Rathjen was informed of an investigation into accusations of historical claims of sexual harassment or abuse of a post graduate student while working at the University of Melbourne. Rathjen later claimed his decision to not tell Scarce was based on advice from his own lawyers – something Lander rejected.

Later that year, Scarce, Deputy Chancellor (and now-Chancellor) the Hon Catherine Branson AC QC, and other members of the Council became aware of rumours that the Vice Chancellor had “engaged in sexual conduct or sexual relations with a woman in circumstances which might impact upon his position”.

Rathjen denied the rumours when confronted by Scarce, as he did to Lander himself during investigations this year. When Lander revealed he had information that could prove the claims, Rathjen admitted he had lied to both the Chancellor and the Commissioner about the nature of the relationship. Rathjen formally resigned the next day, on 20 July.

How did this end up in front of ICAC? In January 2020, the woman who had initially raised the 11 April 2019 incident moved to end her employment at the University and sought compensation both for Rathjen’s behaviour and the University’s subsequent handling of her complaint.

This marked the first time the 11 April incident was raised with the Council or SERC, leading the University executive to decide on 23 March to refer the matter to ICAC, which the Chancellor did on 30 March. Lander outlined the terms of his investigation on 2 April.

None of this was public knowledge until 4 May, when Scarce announced he would step down as Chancellor. A day later, Vice Chancellor Rathjen also announced a period of ‘special leave’.

The Lander statement now outlines the behind-the-scenes machinations that led to the clean-out, with then-Deputy Chancellor Branson meeting with Scarce on 26 April, advising him of the likelihood that he would be stood down to preserve the University’s reputation in the wake of Lander’s findings. Scarce resigned the next day, while Rathjen took leave after being informed of ICAC’s investigation on 30 April.

Both the men’s exits were announced in quick succession on 4 – 5 May with little explanation, prompting a rare public statement from Lander revealing, for the first time, that he was investigating Rathjen’s conduct.

What does it all mean?

Like the complaints against former High Court Justice Dyson Heydon, this sequence of events is a reminder that years after the #MeToo movement swept through America, its cultural impact in Australian institutions has been limited. After the headlines of recent years, let alone the decades of anti-sexual harassment campaigning that preceded it, it is shocking but perhaps not surprising that in April 2019, the head of one of South Australia’s most prestigious institutions could engage in this kind of behaviour, either ignorant or indifferent to the now well-established power imbalances such positions carry.

In a statement provided to The Adelaide Review, Rathjen and his lawyers argue that there was “no need” for Lander’s “procedurally inadequate” investigation, that the finding of “serious misconduct” is “disproportionate”, and that the University had dealt with the initial complaints internally. In that world, Rathjen would conceivably still be Vice Chancellor, his accuser quietly compensated and the whole affair hidden behind closed doors with a healthy smattering of NDAs. How many of our city’s boardrooms and ivory towers are peppered with stories that ended just like that? We simply have no way of knowing.

That may well have happened had any single variable been different. If the University of Melbourne complainant had not come forward. If whispers about Rathjen’s inappropriate “relations” had been successfully dismissed as rumour and innuendo. If the first woman had been so thoroughly disheartened by her treatment that she simply left her position without seeking compensation.

Lander’s statement stitches together a broader narrative out of the three separate allegations. In it, we see a powerful, well-connected man engaging in inappropriate, sexualised behaviour towards women he held a position of influence over. Then, when complaints were made, he engaged in a pattern of lying to both his workplace superior and ICAC in an apparent attempt to prevent dots being joined in a way that would make any isolated “error of judgement” become symptomatic of a deeper problem.

Such siloing of incidents, complainants and workplaces, and the dismissal of concerns of misconduct as rumour, is one common way in which men who abuse their power avoid being held to account. While few readers of Lander’s statement would dispute that Rathjen’s eventual exit was the correct outcome, the 12-page document is a sobering reminder that such reckonings are far from inevitable.

For its part, the University has apologised for both Rathjen’s behaviour and its handling of the complaints, resolving to implement all of its recommendations. “I firmly believe that our values and culture must be led from the very top,” Branson said in a statement yesterday. “I am committed to ensuring this happens.”

That task may prove bigger than the removal of one Vice Chancellor. Rathjen is a product of the University of Adelaide, spending two decades of his academic career on North Terrace from undergrad years to the Vice Chancellorship. What does it say about the culture of an institution, that a man who would engage in such sexual misconduct and misuse of his position, then lie to avoid accountability, can enjoy such an esteemed career throughout its halls? What’s the go with the University of Adelaide? 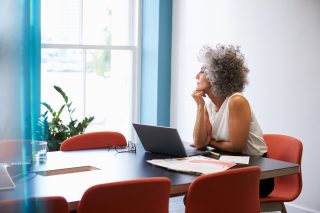