Australia’s performing arts landscape, and the country as a whole, faces a difficult few months as COVID-19 restrictions continue to ramp up. But what does an orchestra do when its very existence is classed as a public health risk?

When its 7 March Adelaide Festival performance The Sound of History faced a last-minute reshuffle after composer Brett Dean became the sixth case of COVID-19 in South Australia, the Adelaide Symphony Orchestra found itself among the first local arts organisations to be touched by the virus.

The orchestra has been in a state of constant reaction since, cancelling its next performance after a team member came into contact with another confirmed case, and then having much of its 2020 program wiped out following the federal government’s bans on mass gatherings of 500, then 100 people.

“It hit home in a very real way with us,” Adelaide Symphony Orchestra managing director Vincent Ciccarello tells The Adelaide Review. “That episode with Brett was a real awakening of the implications of coronavirus, and we’ve been dealing with it in one shape or form ever since.”

Dean’s high profile diagnosis and withdrawal was one of the first South Australian cases to really drive home the risk of community outbreak. After all, outside the cruise ship industry, you’d be hard-pressed to invent a more effective model for infecting Adelaide’s high-risk ageing population than a Beethoven concert at the Adelaide Festival.

But while the freeze on gatherings has plunged much of the arts sector into uncertainty, for most performers and organisers the challenge of such a ban stems from the inability to assemble an audience. For an orchestra, which is itself a mass gathering, the problem is rather more existential.

“By definition, the function of bringing people together people to perform an orchestra means that these restrictions forbid us from doing it,” he says.

“It’s funny, when this first appeared on the news and began to escalate, and the global dimension became more and more apparent, as one does you dust off your business continuity model and crisis management plan. For whatever reason, the words ‘plague’ or ‘pandemic’ didn’t appear in any of ours. And I don’t think we’re alone, speaking to many of my colleagues, I don’t think any of our businesses are geared up to cope with something of this nature.”

In many ways the ASO is in a far more fortunate position than most performing arts bodies; Ciccarello acknowledges that the business model of a modern orchestra means box office revenue accounted for a comparatively small proportion of its income before the ban. But while he estimates 60 per cent of its funding comes from different government sources, the orchestra’s built-in costs remain substantial even when not performing.

“One thing about an orchestra is that you employ a lot of people, that’s the reality of what an orchestra is: an elite, crack army of experts. And if you want that, you’ve got to pay. And the cost of that is not met by the funding, so we do have to rely on sources of earned income – box office, donations, orchestra for hire.”

Centrelink’s deluge of queues and site-crashing traffic speaks to the scale of job losses around the country in the wake of the virus, and there are certainly many artists and arts industry workers among the newly jobless masses. Last week, Opera Australia’s Sydney headquarters was protested by orchestra members who had been stood down without pay. The company has since proposed putting much of its stood down work force onto half salary, with the option of drawing on long service leave pay.

While the ASO is still formulating its long-term survival plan for the coming months, Ciccarello says job losses are “highly unlikely”, although he does foreshadow some difficult times ahead.

“We have very high fixed costs, a standing army of 75 full-time musicians in addition not a professional staff of 25,” he says. “That’s a lot of mouths to feed, and it’s a problem we’re still grappling with. We’re looking at all options, and consulting with our employees about the best way to do that. I’m confident that no one’s going to lose their job, but unfortunately everyone’s going to experience a bit of pain.”

While the ASO initially flagged the possibility of live-streaming one of its upcoming concerts, the tightening restrictions quickly ruled this out – despite the state government’s latest measures specifically exempting “live performances by a small group for the purpose of live streaming” . “Even without an audience, by the time we bring our entire ensemble together, and support and tech crew around it, that’s 100 people in a relatively confined space, and we couldn’t meet the social distancing requirements anyway. So that really put the kibosh on it, which is disappointing.”

In the meantime Ciccarello is continuing to work to providing long-term certainty to its players and supporters. And, hopefully, a practical and sustainable outlet for them to continue performing even in isolation.

“I have to say we have musicians who are champing at the bit to do stuff; just as professional athletes need have a regimen to keep match fit, the same thing applies to professional musicians. They have to have their own fitness routine, in essence, and performing is one part of that, so we’re exploring all manner of ways that we’ll be able to deliver a performance dimension, but really get the musicians involved in connecting with our really loyal support base.

“So we’ll probably end up having a blend of things; I think we will have very low tech, mobile phone-captured social media videos going of players in a quirky or lighthearted, fun way, just to keep some presence in the real and virtual world.”

While Instagram video ‘festivals’ have been embraced by parts of Australia’s contemporary music industry, the acoustic nuances and sheer physical experience of a classical performance are integral to the appeal. For that, we may just have to ride the next few months out.

“When it comes to performances we’re determined that one thing we can’t compromise is ultimately the quality of what we do,” Ciccarello says. “It’s fundamental to our craft.”

As of Thursday 27 March, there have been 235 confirmed cases of COVID-19 in South Australia. Readers are advised to consult SA Health’s website for the latest information. 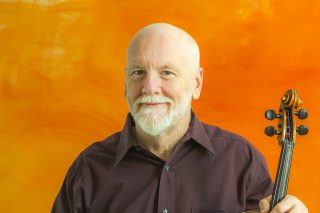